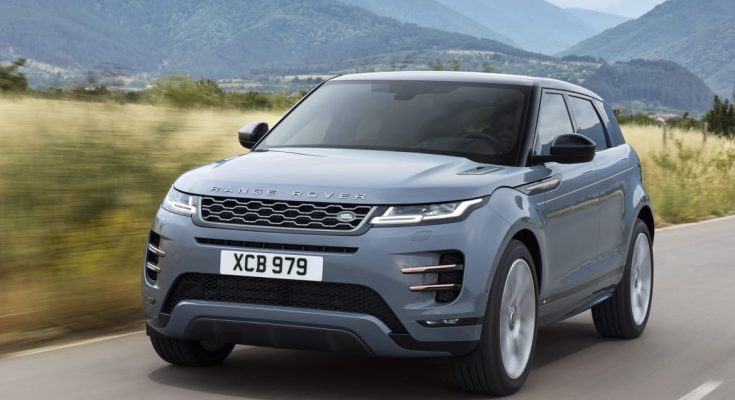 After debuting for 2012, the original Range Rover Evoque went on to sell more than 800,000 copies worldwide. And if you ask me, by the end of its eight model year run, it was still among the sleekest-looking luxury crossovers on the market. Where the Evoque showed its age, however, was inside, as well as underneath. That’s why the 2020 Evoque might not look like a big step forward, but it’s what’s inside that counts.

So as to not mess with success, Land Rover smartly didn’t stray too far from the original Evoque’s design. The wedge shape and fast, tapering roofline remain, but are joined by slimmer LED light housings, and flush power door handles to further clean up the body sides.

The result is distinctive and attractive design, and my First Edition test car offers a hint of aggression thanks to its optional 21-inch, split-spoke wheels. An R-Dynamic Exterior Package that’s a First Edition standard amps up attitude further with a darkened grille, badges, body-color bumpers and various burnt copper-colored trim. All of that is particularly eye-catching against the Evoque’s First Edition-exclusive Nolita Grey paint job.

Inside, there’s a drastic improvement in quality, which is good to see because the materials and finishes inside the old car weren’t exactly strong suits. There’s not a bad looking surface anywhere, with dark chrome trim and large amounts of padded and stitched surfaces made from soft leathers and environmentally-friendly, eucalyptus-derived coverings. It’s now all high-quality stuff — properly worthy of the Range Rover name.

2020 Land Rover Range Rover Evoque: A looker inside and out

Up front, the Evoque is spacious, with comfortable seats, while rear occupants get a little more legroom than before. People in the back still have to deal with tight headroom thanks to the sloping roofline — all in the name of fashion. Other improvements include a larger center console, glove box and wider trunk, the latter offering 21.5 cubic feet of cargo carrying space that grows to 50.5 with the second-row seats folded down.

If you’re a fan of minimalist cabins, the Evoque might speak your language mainly because it uses Land Rover’s InControl Touch Pro Duo system to quarterback infotainment functions. Instead of a gaggle of hard buttons, dual 10-inch high-definition touchscreens control onboard navigation, a 10-speaker Meridian audio setup, Wi-Fi hotspot, Bluetooth and more.

Occasionally the system still experiences brief lag between a finger press and something happening on the screen, but Land Rover’s system is a lot better than before. Aside from that hiccup, the interface is intuitive to work through with a home screen that sports big tiles to easily get to the most commonly used menus. As someone who prefers physical controls, the lower screen does have a couple of large dials to adjust climate temp, and a legit volume knob to keep me happy.

As for downsides, charging options in the Evoque First Edition are limited to a couple of USBs, a 12-volt outlet in front and a 12-volt on the back of the center console for people in the rear. Land Rover does, however, offer up to four more USBs for backseat passengers as an option on base Evoque and R-Dynamic trims. Touch Pro Duo’s giant screens are also magnets for dust and quickly get smudgy with fingerprints. And the dual-screen setup could potentially be overwhelming for some. Luckily, for those people Apple CarPlay and Android Auto capabilities are included.

For safety, adaptive cruise control, forward collision warning with automatic emergency braking, lane-keep assist, blind-spot monitoring, rear cross-traffic alert, traffic sign recognition and a head-up display are standard issue on the First Edition. A Clearsight rearview mirror is also included and when flipped on, it turns the regular mirror into a screen displaying an unobstructed video feed of what’s behind you. That’ll come in handy if people are seated in the back or cargo is stacked to the ceiling and blocking your view out of the narrow hatch window.

One of the biggest bits of news for the new Evoque is the addition of a 296-horsepower hybrid drivetrain… that isn’t available on the First Edition. Instead, the one model year trim gets the base, 2.0-liter turbocharged four-cylinder engine, with 246 horsepower and 269 pound-feet of torque. That bolts to a nine-speed automatic transmission that, combined with all-wheel drive, returns EPA-estimated fuel economy of 20 miles per gallon in the city and 27 mpg on the highway.

In terms of power, there’s little to complain about. Turbo lag is non-existent, resulting in lively acceleration off the line, particularly with the Evoque in its Dynamic mode with peak torque at your service from just 1,300 rpm. The gearbox whips off rapid, well-timed shifts at speed, but can be jerky on initial launch from time to time.

Dynamically, the Evoque is a competent handler, with adaptive dampers, responsive and weighty steering and strong brakes. At turn in, there’s controlled body roll before the Evoque takes a set and confidently zips through corners. It doesn’t quite have the reflexes of a Porsche crossover, but it certainly is capable of holding its own for backroad hustles on the way home from work.

Maybe the biggest surprise is how well it rides on these tall, wide, lower-profile tires. Put the Evoque in its Comfort setting and there’s sufficient give in the suspension to gobble up small- to medium-sized impacts. Bigger ruts are absolutely still felt in the cabin, though it never gets uncomfortable. To top things off, tire noise is never a factor. The chassis tuning team really did some impressive work here.

How I’d spec it

As much as I like the snazzy grey paint and extra fixings on the First Edition tester, its $59,215 price tag is ridiculously steep. In an attempt to make my Evoque slightly more budget friendly, I would begin with an SE model with the base engine, which begins at $47,200, not including $995 for destination. That gets me 20-inch wheels to fill up the wheel wells better, and Touch Pro Duo infotainment.

Fiji White paint is a no-cost hue, but I’ll add the $410 contrasting black roof. In order to be able to adjust suspension engine, suspension and steering behavior, I need the Adaptive Dynamics and Configurable Dynamics packages that together cost $1,070. On the inside, I’ll take the $250 heated steering wheel for winter, $800 Meridian surround sound system, $500 satellite radio and $155 for the two additional USB ports for people in back. All in, that creates a still-pricey $51,380 vehicle.

Upscale fashion at a price

The 2020 Range Rover Evoque begins at $42,650, meaning it’s several thousand dollars more expensive than the BMW X1 , Lexus NX , Mercedes-Benz GLA-Class and Volvo XC40 . But compared to those similarly sized competitors, the Evoque is the most premium and stylish of the bunch. And for the small percentage of customers who venture off pavement, it does pack some real off-road chops. For those who value those traits, the Range Rover’s premium price tag might just be worth it. 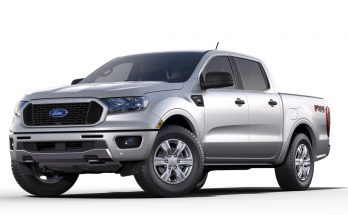 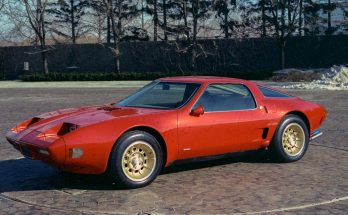 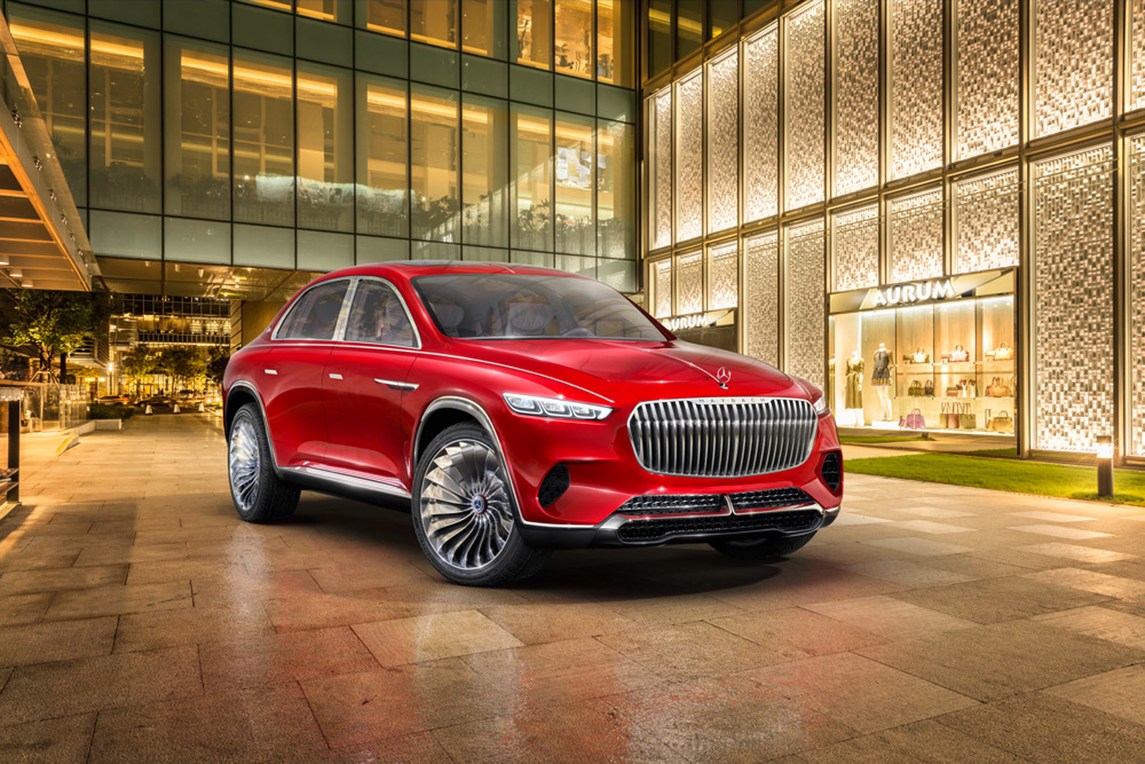 Sweet Home Alabama: The Mercedes-Maybach SUV Will be Built in America