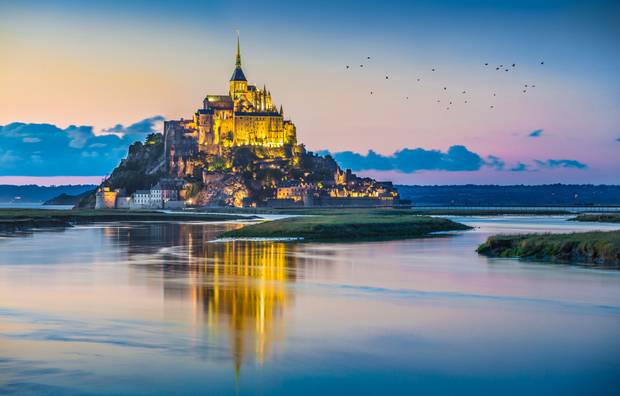 It is remarkable the things that you will undertake with surprising success when you simply have no other choice. These are often things that you would have immediately ruled out as impossible in the not too distant past.

Faced, however, with that most interesting challenge known as ‘no other option’, it is often surprising what can be achieved with a degree of organisation, determination and application. And driving.

Why was there no other option?

The whole adventure stemmed from the string of difficulties that Irish Ferries encountered last summer, when the arrival of their new vessel – the WB Yeats – was hit with a lengthy delay. The problems led to unexpected travel routes to – and from – the destinations of many holidaymakers.

Hopefully many of them – like us – ended up in adventures we might not have taken otherwise in a sort of traveller’s law of unintended consequences.

As Nike’s slogan used to say, impossible is nothing…

Normandy was the destination, a region of lush meadows and rolling farmland in north-western France. It is steeped in history.

Its name famously comes from the Viking north men who raided and then settled there from 820AD onwards and became known as the Normans. They, as every Irish schoolchild knows, then settled in England and ultimately arrived in Wexford around 1169. The 70m-long Bayeux Tapestry depicting the Norman conquest of England in 1066 is still on display in the city that gave it its name.

Nearly two hours away to the east, the city of Rouen, the capital of the region, is where Joan of Arc was burnt at the stake in 1431. Perhaps the highlight of the region is the remarkable Mont-Saint-Michel (top), an epic island monastery topped with a soaring Gothic abbey, in a bay where Normandy and Brittany meet.

The island has been the site of fortifications since ancient times and the monastery was in place from the 8th Century, meaning it has effectively been there since before the Vikings arrived.

As we were coming from Brittany, Mont-Saint-Michel was the first place in Normandy we visited. It is exceptionally well run with a clear system – park your car, shuttle bus out to the island, take the bus back. You can walk if you want or take a horse-drawn carriage, though even on a hot day it looked chilly on the horses.

The streets are very narrow, cobbled and packed but the further you go up the less touristy and souvenir-based the shops and restaurants.

We slipped into a little church and the kids lit multicoloured candles. It is possible to take a tour of the abbey when you reach the top and you can also do a night tour and even have dinner in the restaurants at night, which must be spectacular and romantic.

We, instead, finished with an ice-cream and a walk along the outer stone walls, viewing the Game-of-Thrones-like scale of the structure. It felt like any moment we could be attacked by cannon fire (or fire-breathing dragons).

Leaving Mont-Saint-Michel behind, on we drove to our ultimate destination. We had spent our first night in France in a Eurocamp campsite in Domaine des Ormes, Dol-de-Bretagne on the way between Roscoff and Normandy. We were a bit unlucky with the rain but the kids still loved it, including kids club baking for the youngest three and an international 15-a-side soccer match for the eight-year-old.

Our longer-term home in France – well, for 10 days at least – was to be at Center Parcs Les Bois-Francs. It was a big place and a beautiful setting: 854 cottages and a hotel on a 310-hectare forest, near the town of Verneuil-sur-Avre and just 90 minutes from Paris by car.

For the record, Center Parcs Europe and Center Parcs UK and Ireland – which is opening its new facility in Longford later this year – are two different companies, but there are, I’m told, very clear similarities. We liked the idea of the recognisable and reliable brand.

Normandy weather is traditionally not as warm as other parts of France so the indoor aqua dome was important – though, as it turned out, we ended up there in the middle of a heat wave. The absence of air conditioning in our chalet was not a good thing in 35°C heat – but, living effectively in a forest, neither were we as uncomfortable as you might expect.

In fact, behind the house, the wooded area was good for a bit of exploration and still safely fenced off from the outside world. We had a little family of yellow ducklings who would drop by the front doors most mornings, occasionally angling to scuttle in through the front door.

Our chalet had no wi-fi capability but you could buy it for most of them.

In another unintended consequence, the kids enjoyed the cartoons in French and the break from the screens.

The kids club activities included football. Get the app and you can book remotely, otherwise you have to queue at the sometimes very busy desk. You can also use this to book the other paid-for activities like the tree top exploring (with a huge safety net) which some of the four tried out, or the paddle boats or crazy golf.

There was also a (free) indoor play centre, an outdoor playground, an onsite mini supermarket (but it took us about a week to find the fresh milk – better French might have been a help!) and a couple of restaurants.

And there was also the spa which led to two massages for the adults, but only after a little language confusion about dates and times.

It would have been a missed opportunity to spend time in Normandy and not visit its historically famous beaches, the scene of the D-Day landings in 1944.

It was what British Prime Minister Winston Churchill called “the most difficult and complicated operation ever to take place”, the Allied invasion of France by landing hundreds of thousands of soldiers and vast amounts of vehicles and equipment in a huge step towards the defeat of Nazi Germany.

And so, with temperatures soaring we set off (late) for the long drive to the beach, but not with a view to frolicking in the waves of the Atlantic. It might sound like a solemn backdrop for a family day out but the children were fascinated by much of the memorabilia and the memorials and the grimness passed them by. It was not what I had expected but then what had I been expecting?

The remarkable bravery and loss of life was so intense on D-Day and the days that followed that somehow you expect it to be baked into the air and onto the sand, a sort of permanent human scar on the landscape.

I almost expected to still see the blood on the beaches, remnants of scenes turned into harrowing and memorable cinema in the shocking opening of Steven Spielberg’s Saving Private Ryan – a retelling of the Normandy beach landings on a damp and windswept day 75 years ago this coming June. Omaha beach, where the US suffered 2,000 casualties alone on June 6, 1944, looks simply nothing like it does in that movie.

The water still laps the shore rhythmically. The beach is full of sunbathers and local children building sandcastles. Time has not stopped.

There are memorials as I have mentioned, of course, and museums. The events are not forgotten. And yet the impact of what happened cannot really be immortalised by mannequins, old tanks and faded uniforms.

Typically after the fact, on the ferry from Caen to Portsmouth I bought D-Day by Stephen E Ambrose. Ambrose is also the author of Band of Brothers, a book focussed on a company of US paratroopers who fought in several of the key battles after the invasion of Normandy. That work was made into the eponymous 2001 US miniseries by executive producers Tom Hanks and Steven Spielberg.

I couldn’t put D-Day down. Based on first-hand testimony, it was compelling, inspiring and horrifying in equal parts.

Perhaps it’s a lesson on why history must be taught and remembered and that the importance of events – and the sacrifices that have been made – can only truly be realised and remembered in our own minds, recalling things are really impossible and are achieved when there really is no other choice.

And however incongruous it might be, it’s a great lesson to reminded of. Even in the middle of a majestic family holiday.

Going to mainland Europe via the UK land-bridge has historically been a route used by many Irish families. It might appear as if going direct is less work but the change in our plans led to some further food for thought.

While initially somewhat daunted by the idea of travelling less directly, it actually meant a lot less time on the water and some surprisingly nice stop-offs on the way home.

We took a Brittany Ferries vessel from Caen to Portsmouth and then, after driving and a couple of overnights, a Stena Line ferry from Holyhead to Dublin.

On the way from Portsmouth, we stopped off in Paultons Park, home of Peppa Pig World, and then drove on to stay outside the beautiful town of Warwick (we could have chosen Chester). Peppa Pig World was packed the day we visited and the 45-minute queue might not really be everyone’s idea of being worth the five minutes on the ride. But you can meet Peppa and George outside the school house – enough said if you are four years old.

The rest of the park is less packed and great fun, with loads of bigger rides like rollercoasters, a log flume and more traditional carousels.

A final tip from the way home. We stopped off to eat at the excellent The Slate restaurant outside Bangor (which is only slightly off the main route to Holyhead for the ferry home).

It’s a beautiful guest house and restaurant with fab food and a great kids’ menu. 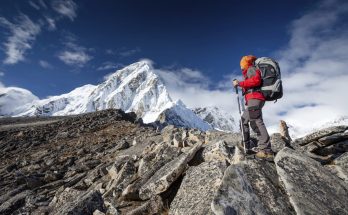 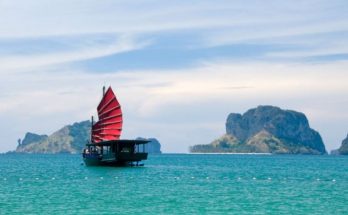 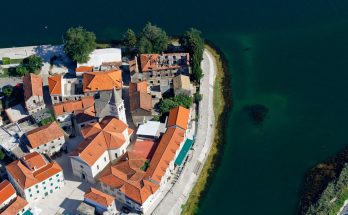